The Future of Healthcare Is Mobile 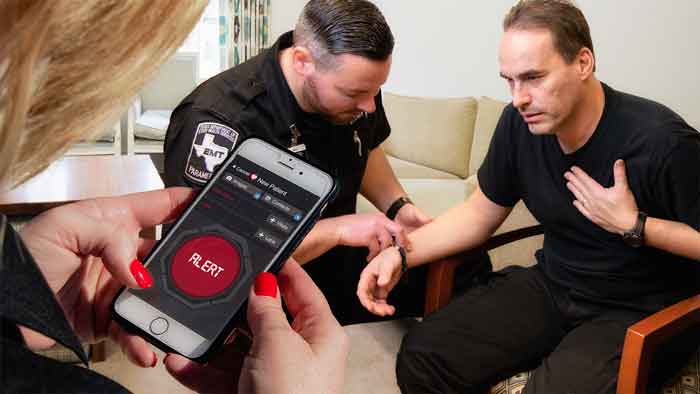 Many industries have overhauled their businesses to meet consumers’ expectations of using their mobile devices to do everything from checking in for a flight to ordering takeout food. The healthcare industry has been slower to adopt mobile-friendly platforms, but it is increasingly doing so to meet patients’ and health professionals’ needs. But simply taking current methods of communication and putting them on smartphones is not sufficient — platforms must capitalize on the many advantages mobile technology offers in order to truly transform and improve healthcare.

**This post is an excerpt from our eBook, "It's About Time: Addressing the Communication Crisis in Emergency Medicine." Download the full eBook here!** 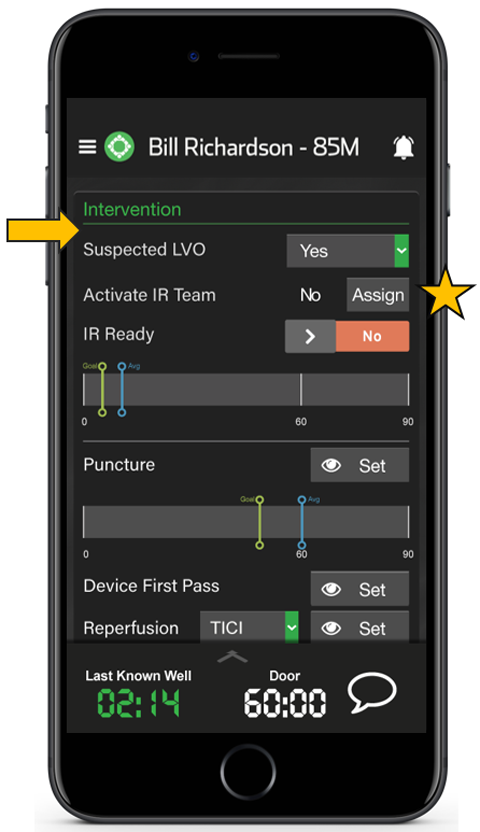 Bozeman, MT – August 16, 2017 – Pulsara announced today the release of software version 6.2. The highlight of the release is the Flexible Teams feature, which allows hospital admins to create, assign and alert unlimited CUSTOM teams. In addition, users can now go on call for custom teams, with the option of being assigned for MULTIPLE hospitals at the same time. "This feature is a big step in our efforts to make Pulsara work for YOU and your unique system," said Erich Hannan, Chief Development Officer. 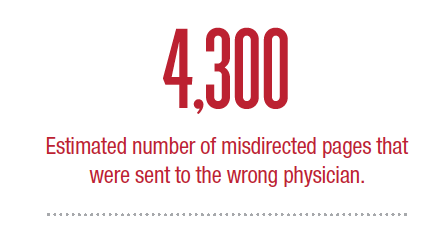 Researchers find a significant number of communication failures at hospitals. Could they be contributing to preventable patient deaths and disability?

A study in Toronto found that over a two-month period, 14 percent of all pages went to the wrong physician and nearly half of those were emergent or urgent communications.

A study that examined communication failures at Sunnybrook Health Sciences Centre and the Toronto General Hospital in Toronto, Canada, found that over a two-month period, 14 percent of pages were sent to the wrong physician.[12] That’s an estimated 4,300 misdirected pages each year—half of which are related to emergency or urgent matters.

**This post is an excerpt from our eBook, "It's About Time: Addressing the Communication Crisis in Emergency Medicine." Download the full eBook here!**

Physician groups that worked more closely together in caring for patients who underwent coronary artery bypass grafting (CABG) procedures were able to produce better patient outcomes, according to recent research.[11] The study examined claims data for 251,630 patients who underwent CABG between 2008 and 2011; the patients received care from 466,243 physicians across more than a thousand health systems. At 60 days post-procedure, patients treated by physician teams with higher levels of cooperation had:

Communication is key when it comes to emergency medicine, and the information you include in your patient radio report can save valuable time for the patient further down the care continuum if done properly.

In this episode of Progressive Paramedicine, Brandon Means discusses the three most critical components of the patient radio report and what you can do to help put an end to the communication crisis in emergency medicine. 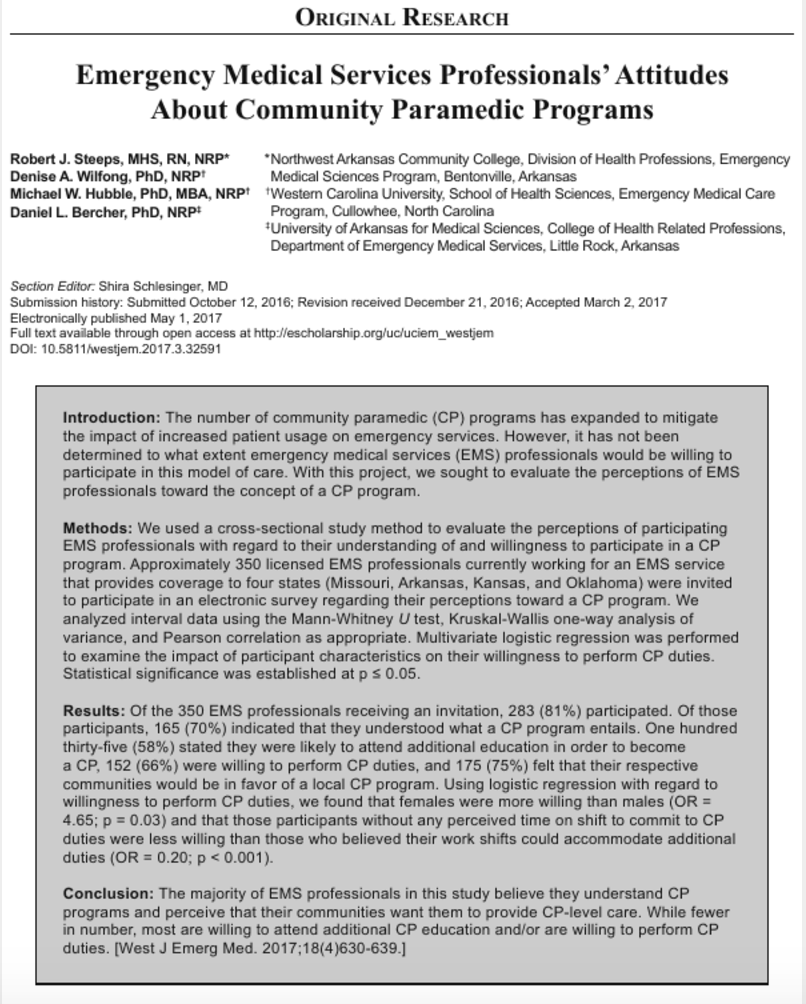 According to the Centers for Disease Control and Prevention, the total number of ED visits in the U.S. in 2009 was 16.5% higher than two years before. A consequence of this increased ED traffic is that the average time a patient has to wait to see a provider increased by 25% from 46.5 minutes to 58.1 minutes between 2003 and 2009. Furthermore, this increased traffic strains hospital resources and can be costly for all parties.

When Things Go Wrong: Medical Error a Leading Cause of Death

Research suggests that medical errors play an even bigger role in preventable deaths in U.S. hospitals than previously estimated, and 80 percent of all serious medical errors involve miscommunication. That amounts to 250,000 - 400,000 deaths every year in the U.S. Tools that help medical professionals communicate more quickly, accurately, and collaboratively are critical to saving lives.

More than fifteen years ago, the Institute of Medicine released a groundbreaking report on the incidence of medical errors in U.S. hospitals. The report suggested as many as 98,000 people die every year from medical errors.[1] Recent analysis from the Johns Hopkins School of Medicine says that report may have significantly underestimated the problem, putting the actual number closer to 250,000 - 400,000.[2] In fact, medical error is now considered the third leading cause of death in the U.S. 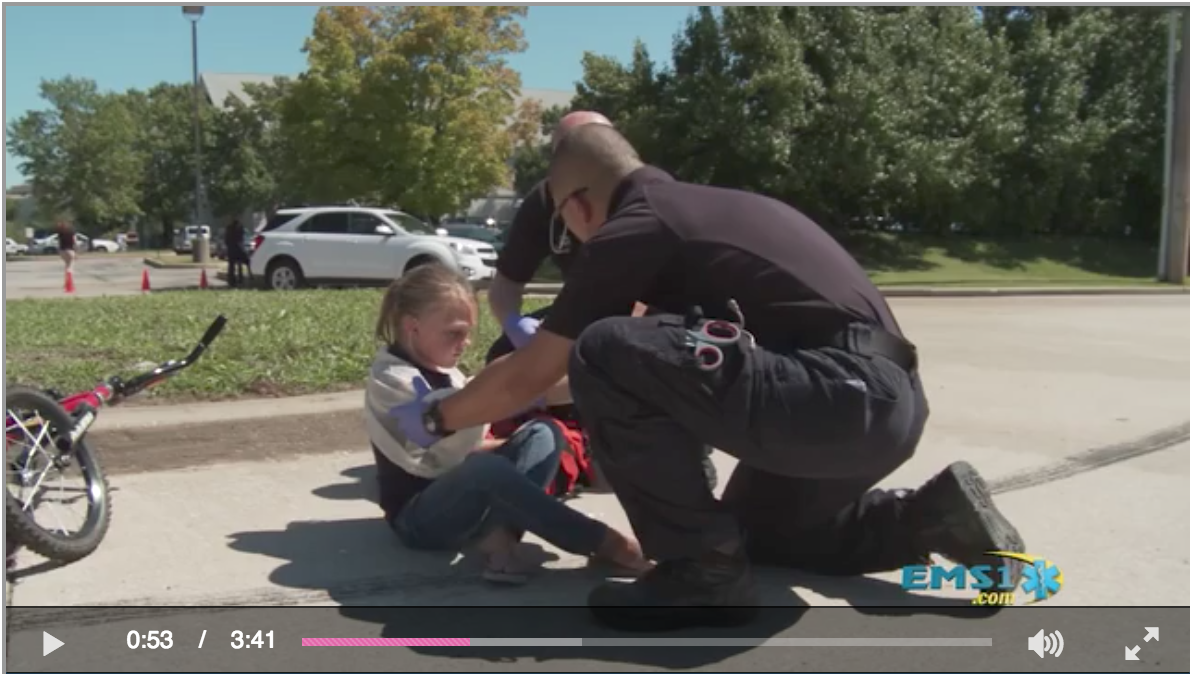 As medics, it's perfectly natural to have certain call types that scare us and can even make us question our well-practiced skills. But a commitment to lifelong learning and continuous education can help even the most nerve wracking cases seem more controllable.

In today's episode of Progressive Paramedicine, brought to you by EMS1.com and Pulsara, Brandon discusses three very crucial reasons why it's important for medics to never stop learning:

Progressive Paramedicine: How to Assess for a Large Vessel Occlusion Stroke [VIDEO]

Identifying Large Vessel Occlusion (LVO) strokes early is integral to successful treatment of the condition. Because mechanical thrombectomy is now the accepted standard of care for treating LVO, the burden to get these patients to an interventional-capable facility lies with the medics who arrive on scene and perform the first assessment. Taking these patients to a facility that does not have interventional capabilities can greatly delay treatment times, and adversely affect patient outcomes.