I have been honored and privileged to spend 10 years of my life as a Firefighter and Paramedic. The risks and sacrifices were vast, but the reward was oftentimes overwhelming. From the carnage of twisted steel from entangled vehicles on a rainy interstate highway to seeing a patient who experienced a major stroke walk out of the hospital with little to no lasting deficiencies, I never ceased to be amazed at what the human body was capable of overcoming.

And while seeing our patients get healthy again never stops being one of the best feelings in the world, a bleak juxtoposition became apparent to me when looking at the health of the first responders caring for these patients. I began to notice that we had a serious epidemic on our hands. It appeared that more and more first responders were in poor health, and it was getting worse all the time. Perhaps one of the biggest reasons that I began to pay more attention to this was because I was right there in the mix: I was 35 pounds overweight, had stage 1 hypertension, lipid panel values that were terrible, and nutrition habits that would make even the best competitive eater shake his finger at me. And to make matters worse, I was only 30 years old! Something had to change and fast, or I was going to find myself riding backwards on a bed in the back of a big box that my law enforcement brethren referred to as “The Bus.” I could hear myself screaming internally “Who’s the patient NOW, buddy?”

How to Fix the Dreaded "Weekend Effect" in Hospital Deaths Feeling all alone out there on weekends/holidays/night shifts?

You’re not the only one. Any clinician involved in care of time sensitive emergent patients has experienced the frustration of delays in care during these “off times.” Unfortunately, strokes, STEMIs and traumas do not take time off. Two recent studies (here and here) released in London and Birmingham, UK allude to how process variations have resulted in a decrease in quality of stroke care. Specifically, the quality measurement of door to needle in less than 60 minutes took a hit, and was directly linked to day of week and time of day.

No Power? No Problem. Pulsara Has You Covered. We have a saying in Montana: If you don't like the weather, wait 10 minutes and it will change. And springtime in Montana often brings blizzards and hail storms one minute, followed by sunshine and blue skies the next. Seriously!

To the Heroes of EMS: Happy EMS Week and THANK YOU! [Video] Happy National EMS Week to all first responders out there from Team Pulsara! You are too often under appreciated, under paid, and work long hours in unpredictable conditions. You are heroes and we appreciate you more than you know! Still wondering exactly how Pulsara works to coordinate care between EMS and the hospital care teams? Know how it works but wish you had a step-by-step video to forward to friends and connections? Just want to watch Clinical Specialist Brandon Means explain the ins and outs of Pulsara on repeat?

Well, you're in luck.

We all know that when it comes to time sensitive emergencies, like stroke or STEMI, time is tissue. As such, it should come as no surprise that a recent study performed by the University of California-San Francisco and the National Bureau of Economic has found that among 30,000 heart attack patients, those who were transported by ambulances that were diverted from busy ERs to other, further away hospitals, were 10 percent more likely to be dead one year later. 2015 has been an amazing year for Pulsara. We grew our incredible team, gained some amazing clients, helped several facilities finally acheive their desired D2N and D2B times, and pushed out some truly revolutionary features on our platform - all in the name of improving patient outcomes for time sensitive emergencies.

To celebrate a successful year, we thought we'd reflect on Pulsara's 5 most popular blog posts from 2015. Some were funny, others serious, but all were educational. Take a look for yourself! 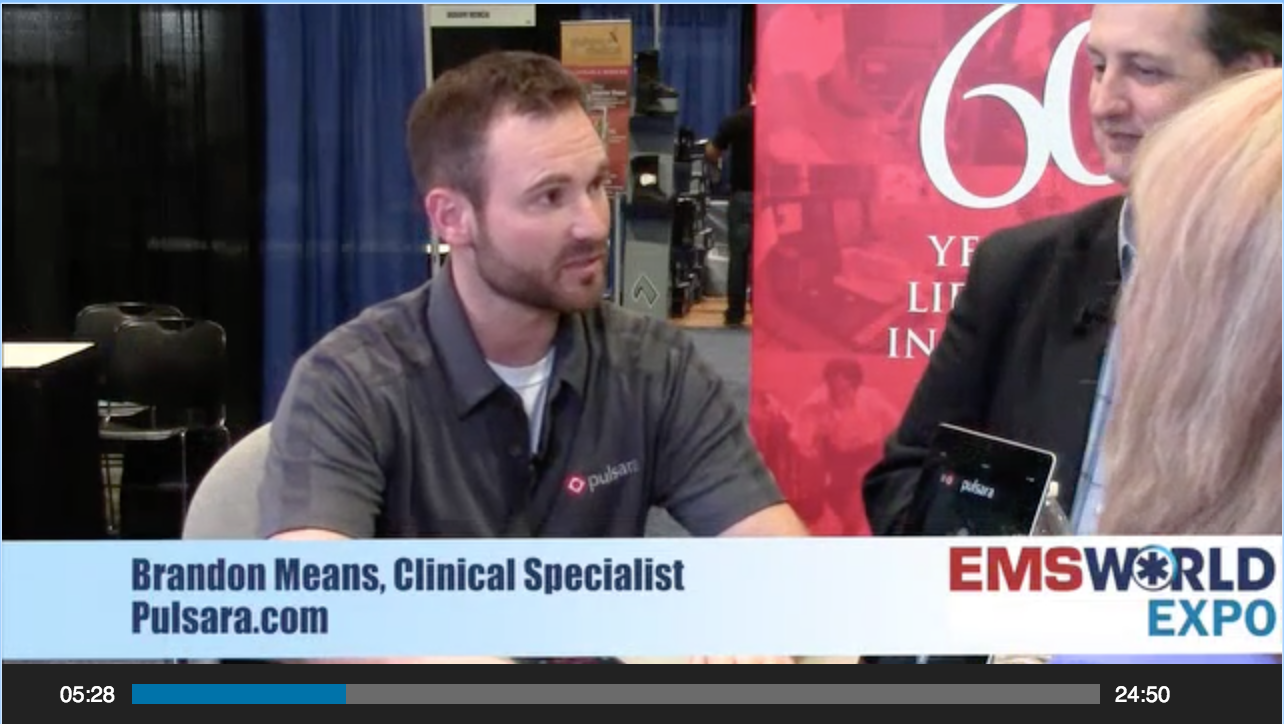 Perhaps the best testimonial a company like Pulsara could hope for, is one where someone is in a job they love so much that they say they will retire from that job - only to be so touched by our potential to impact lives on such a large scale that they feel compelled to come work for us instead.

Brandon Means is a paramedic and RN who loves saving lives and helping sick patients above all else. In his past role, he was also a customer of Pulsara. After noting the effect the company had on door-to-needle and door-to balloon times, Brandon realized the opportunity to impact lives on such a broad scale was a chance he could not turn down and became one of our Clinical Specialists. The rest, as they say, is history.

Recently, Brandon was chosen by Sam Bradley, host of the Disaster Podcast, to be featured on an episode of The MedicCast. The episode was cast live from the PhysioControl Studios on the floor of the EMS World Expo earlier this fall, after Sam saw a demo of Pulsara.