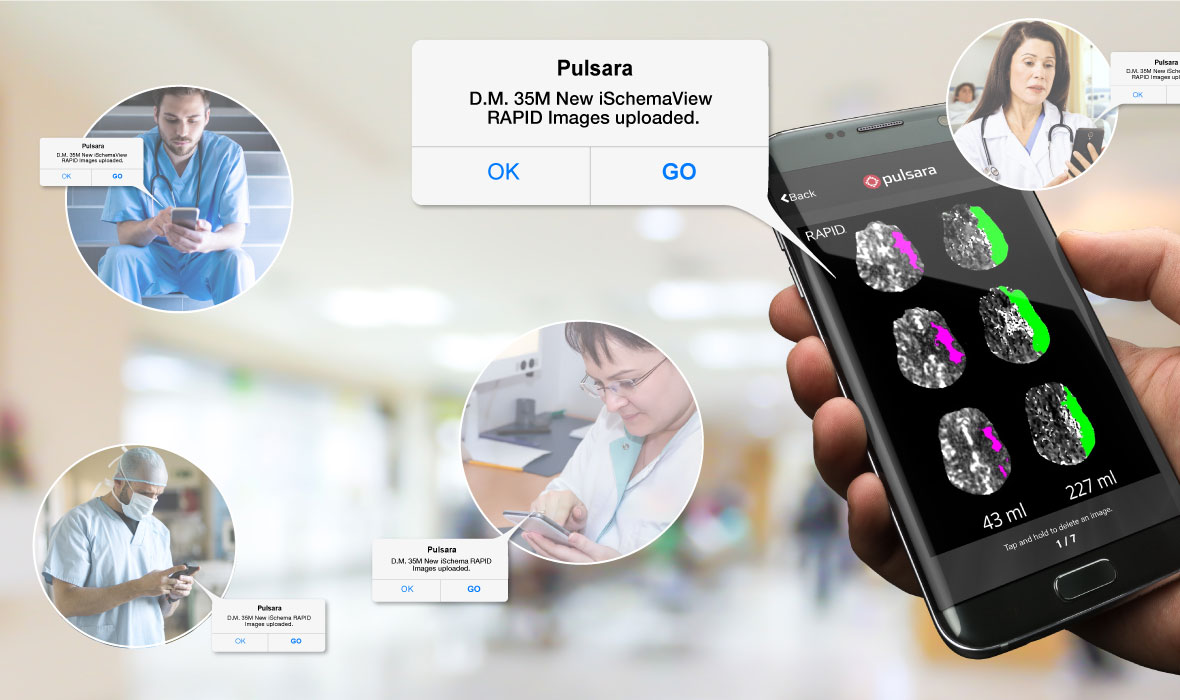 Combination of Pulsara and RAPID expands window of opportunity for treatment

BOZEMAN, MT – September 27, 2019 – Miami Valley Hospital is the first site in the world to use the combination of a specific software application and mobile platform to enhance the treatment used to preserve a patient’s neurological function after a stroke.

While many hospitals use both applications – Pulsara and RAPID – in their stroke care, none have taken the step to combine their capabilities into one, said John Terry, MD, director of inpatient stroke care at Miami Valley Hospital.

Pulsara, a mobile platform, was developed by physicians to improve coordination and communication essential for stroke patient assessment. RAPID is a global leader in advanced imaging.

The hospital adopted the Pulsara application in 2017 to enhance the communication among members of a stroke response team, which can be as large as 60 individuals. The cloud-based, mobile communication application places all members of the hospital’s stroke team – EMS providers, neurologists, CT technologists, nurses, and consulting physicians – on alert and keeps them up-to-date on a case with one tap of the app.

This past year, the hospital added RAPID as another vital tool. RAPID is a software platform that uses artificial intelligence to process critical imaging information from a stroke victim. The software shortens to five minutes a data interpretation process that has traditionally taken an imaging technologist 20 minutes. On top of faster imaging results, RAPID’s enhanced level of analysis also provides greater information about a patient’s condition, such as the extent of changes in blood flow to the brain.

The Pulsara and Rapid integration enables coordinated real-time sharing with the entire stroke team – something not currently being done at any other stroke center in the world.

The instant coordination of care can help buy more time for a stroke patient, whose ability to be treated with clot-busting medication or interventional care is limited to just hours after symptoms begin, and whose outcome is improved by efficient and more rapid treatment.

“These technologies speed up the process of getting information in a usable form to the physicians that are taking care of a patient,” Dr. Terry said. “And time is brain, so anything that can speed up a process has a positive impact on a patient’s outcome.”

Stroke physicians such as Dr. Terry and his colleague, Esteban Cheng-Ching, MD, use the combined information produced by RAPID and pushed out through Pulsara to make critical decisions, such as when it is safe to remove a blood clot, and when and if clot-busting medication can be used.

The ability to know details such as the current blood flow into the stroke victim’s affected brain tissue can be the difference between a lifetime of debilitation or many more years of normal function, said Dr. Cheng-Ching, who serves as a neurointerventionalist at the stroke center.

“It could mean a matter between being completely disabled and not being able to eat or walk, to restoring a person to complete independence,” he said. “Of course, every patient is different, and every case is different, but we have seen cases that are that extreme.”

“The way we are doing things here is really going to guide how this is going to go across the country and around the world,” Reynolds said.

About Pulsara:Pulsara provides a real-time communication network across an entire region. The Pulsara platform, built on the power of mobile technology, unites the right clinicians at the right time for the right patient -- providing transparency and streamlined communication. Simply CREATE a dedicated patient channel. BUILD the team. And, COMMUNICATE using audio, video, instant messaging, data, images, and key benchmarks. Studies report an average decreased treatment time of nearly 30% when using Pulsara. Pulsara is the evidence-based standard of care. For more information, visit https://www.pulsara.com.

ABOUT RAPID:
RAPID (automated CTP, MRI, CTA and ASPECTS), with enhanced AI framework, is the most advanced stroke imaging platform. In clinical trials, RAPID has been shown to aid in the selection of patients in early and late-window stroke trials, including SWIFT PRIME, EXTEND IA, DAWN, DEFUSE 3 and EXTEND. In addition to achieving the best clinical outcomes and largest treatment effects ever obtained, these landmark studies led to new American Heart Association and American Stroke Association guidelines and have dramatically altered the management of acute stroke around the world. For more information, visit www.iRAPID.com. 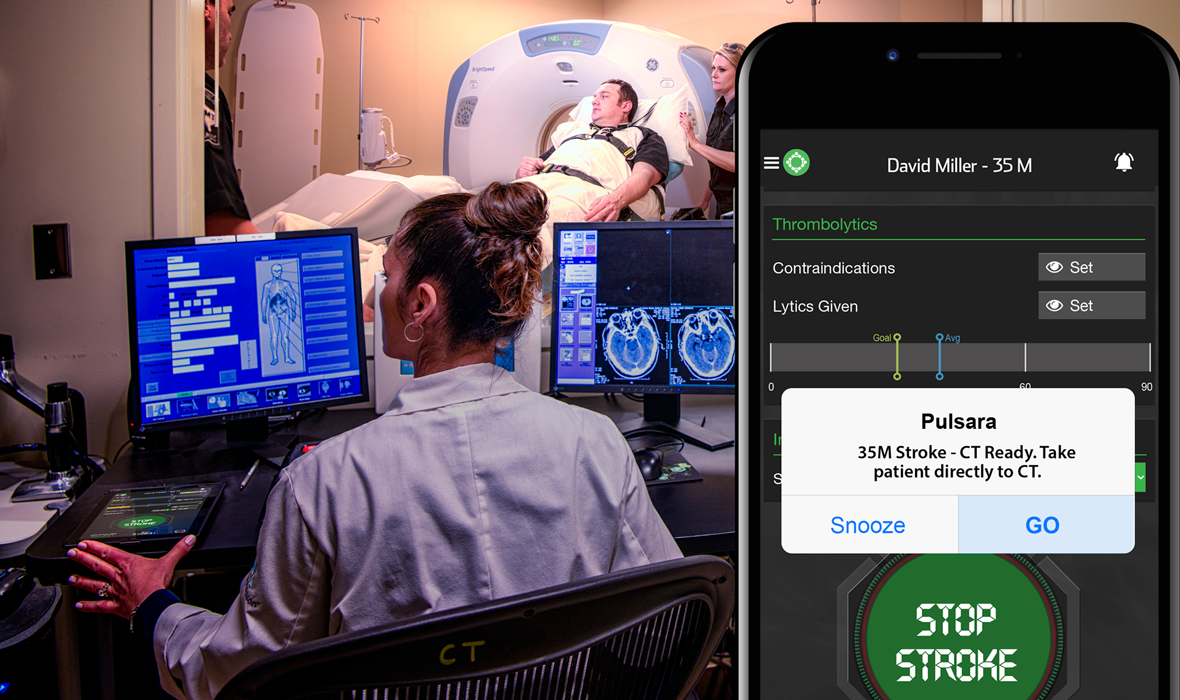 The Changing Face of STEMI and Stroke Care 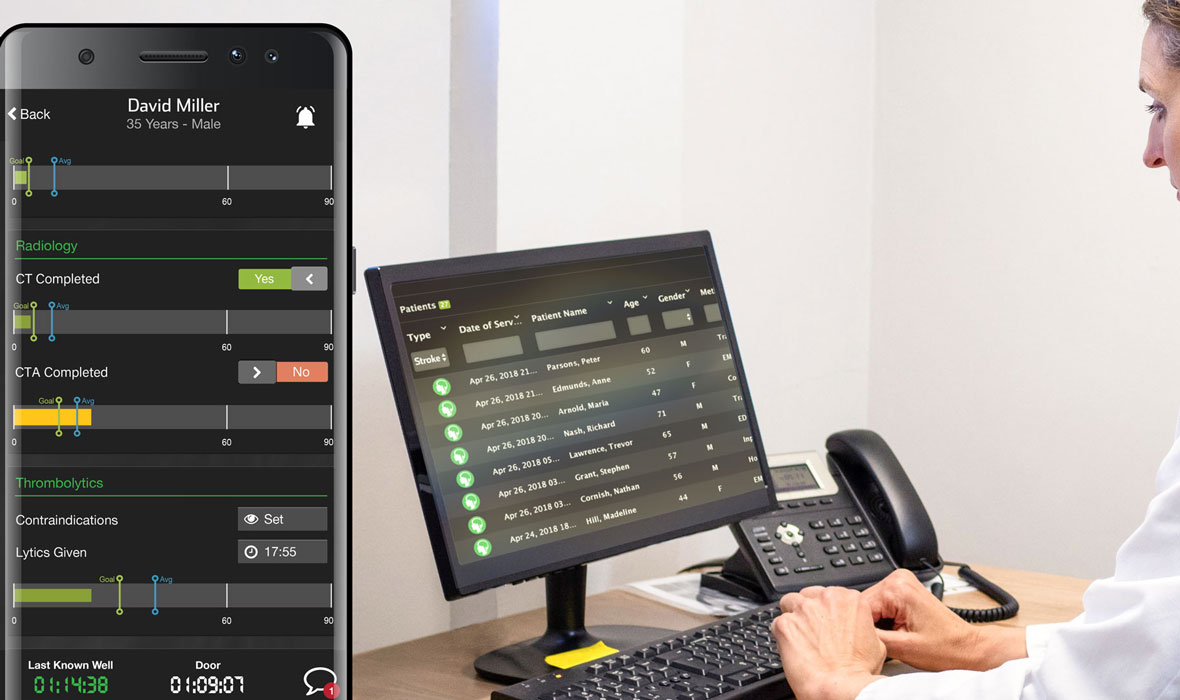