Get the latest in healthcare technology hot off the press, directly in your inbox.

What do EMS and hospital care teams have in common with NASCAR drivers?

Quite a bit, as it turns out. The success or failure of both hinges on one thing: time.

It might surprise even dedicated fans to learn that all of the cars on the track are limited to the same top speed and horsepower range. With this being the case, how can it be that there is such a large disparity between first and last place?

The answer: The race is won and lost during the pit stop.

Could It Be Sepsis? The Global Fight to Raise Awareness

Every year, millions of people around the world die from sepsis. The CDC estimates that at least 1.7 million adults in America develop sepsis every year, and that 1 in 3 people who die in hospitals have sepsis. 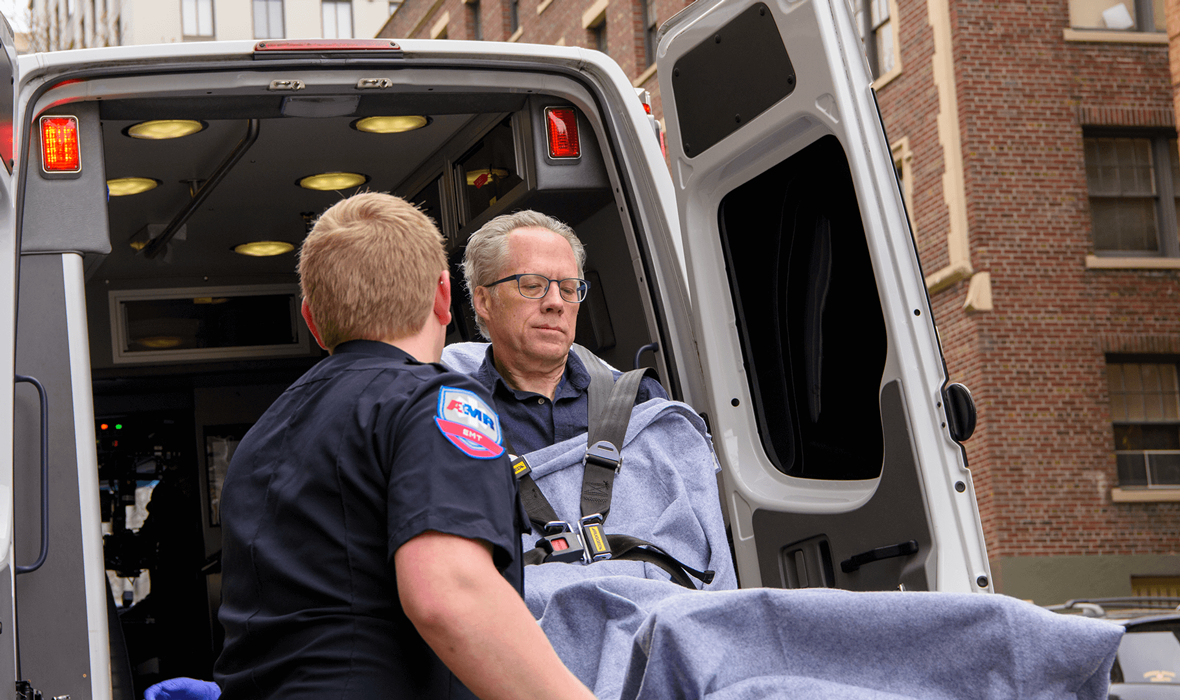 In the coming decade, EMS will be engaged in even more efforts to triage patients in the field to route them to the most appropriate hospitals.

Systems of care is a term that commonly refers to healthcare delivery that involves multiple organizations. EMS is deeply involved in systems of care for time-sensitive conditions like major trauma, STEMI, and cardiac arrest. Formal integration of EMS into those systems of care started in the 1960s and 70s – and the success of those early systems initiatives has continued to reverberate into this decade.

According to a recent study published in Annals of Emergency Medicine, emergency department (ED) overcrowding significantly increases the amount of time sepsis patients have to wait to receive antibiotic treatment. Because timely treatment has been shown to be a key to reducing sepsis morbidity and mortality, the results of this study indicate that overcrowded EDs are a serious threat to patient outcomes. 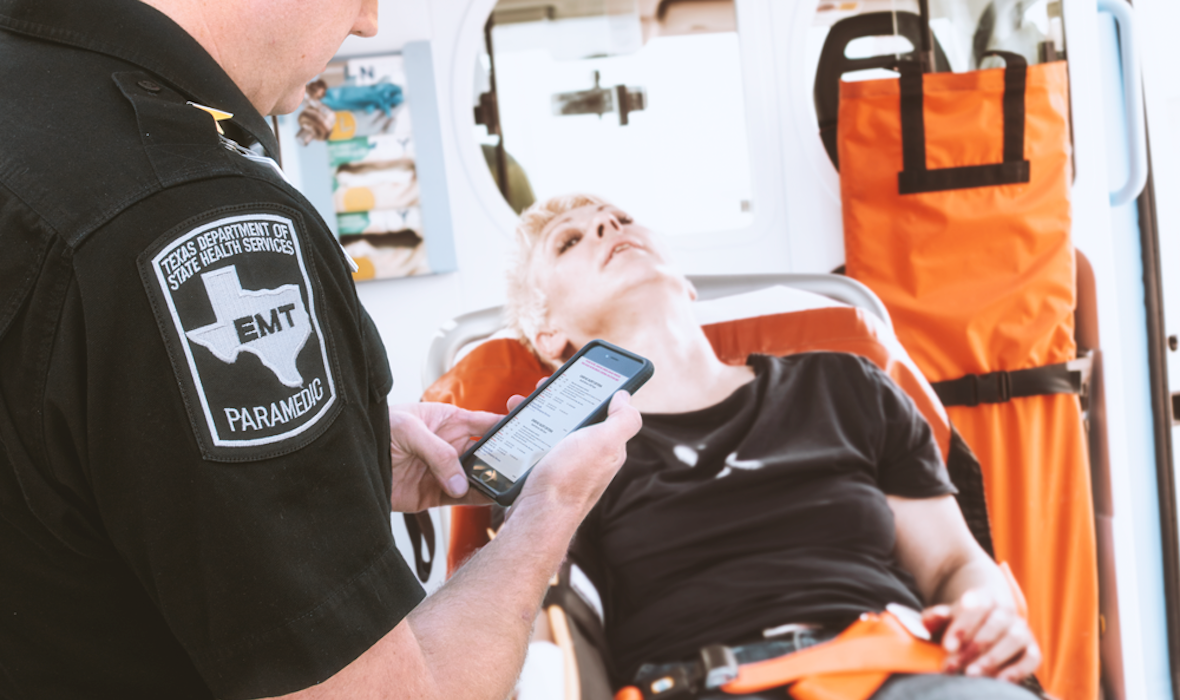 EDITOR'S NOTE: The following content originally appeared on EMS1.com. Special thanks to our guest author, Tim Nowak for EMS1 BrandFocus. Tim is the founder and CEO of Emergency Medical Solutions LLC, an independent EMS training and consulting company that he developed in 2010. He's been involved in EMS and emergency services since 2002 and has worked as an EMT, paramedic and critical care paramedic in a variety of urban, suburban, rural and hospital settings. He’s also been involved as an EMS educator, consultant, item writer, clinical preceptor, board member, reference product developer, firefighter and hazmat technician throughout his career.

“Medic 1 is transporting one patient, non-emergent. 67-year-old female coming from a nursing home that meets our sepsis alert criteria. The patient has recent pneumonia with congested lung sounds. Respirations are at 24, heart rate of 120, blood pressure of 88/42 with an end-tidal CO2 of 23 and a temperature of 100.7 degrees. We’ve started an IV and are administering a fluid bolus. ETA is 10-15 minutes.”

When the concept for EMS was born nearly 50 years ago, it was meant to be an integrated part of a smooth system of care beginning with the call to EMS dispatch and continuing through to definitive treatment. However, EMS-to-hospital communications have faced significant barriers including miscommunications due to archaic and unreliable technologies, issues transmitting ECGs and other patient data, inadequate training in STEMI recognition, and lack of access to patient outcome information for EMS. According to an article published in JEMS this week, recent studies have shown that prehospital notification by EMS improves time to treatment for stroke, however these notifications are not part of a consistent and standardized protocol, and in 25% of cases, EMS fails to alert the hospital of an incoming stroke patient.

Though Pulsara was created to streamline acute care coordination and improve outcomes, it is key to remember that the Pulsara application is not a "magic bullet." Instead, Pulsara is one tool that should be used alongside refined, tested protocols which have as their goals to reduce time to treatment for all critical patients. Combined with such processes, Pulsara can help teams achieve industry-leading case times.
One  example of a system that has successfully implemented such tactful protocols is Wake Forest Baptist Health (WFBH) in Winston-Salem, NC. A recent article illustrated how the facility seamlessly manages sepsis patients thanks to the hospital's Code Sepsis initiative, launched in 2013.

Change is Here to Stay: What That Means for Healthcare and the Beloved Pager.

When it comes to communication in healthcare, do you ever feel like you're playing a game of "telephone?"

One of the most challenging aspects of living in the technological age is the speed of change. There was once a day when the person armed with the most knowledge and information had the upper hand. That's not the case in today's world. Instead, the person or company that can rapidly learn and adjust to changing trends, information, and technology will now lead the pack. Your ability to adapt to a rapidly changing world will be the one skill that separates you from your competition.

Lactate and Sepsis: 10 things you need to know to save lives

EDITOR'S NOTE: The following content originally appeared on EMS1.com as paid content sponsored by Pulsara. Special thanks to our guest blogger, Drew Rinella for EMS1 BrandFocus.

Lactate may be used to identify a common killer in the prehospital environment.

According to data from the Centers for Disease Control & Prevention (CDC), one million cases of sepsis occur in the US each year, with 258,000 Americans succumbing annually to this life-threatening systemic inflammatory response to infection. Early recognition is crucial to the recovery of the sepsis patient, and lactate plays an important role in the diagnosis of this killer. Here are ten things you need to know about using lactate to identify sepsis:

The Broken Radio Report and What We Can Learn from "Emergency!"

Just for grins and giggles, I signed in to Netflix recently and watched a few episodes of the medical drama from the 70's, "Emergency!" I'm a little young to remember the show when it was on the air, but when I started in EMS, my paramedic partner insisted that I watch some of it. It was a rite of passage. Of course, there was also Bringing Out the Dead starring Nicholas Cage and Mother, Jugs & Speed with Bill Cosby, but those are for another post.

Geographic Information System (GIS) software has long been employed by public health agencies to assess the health of populations in various locations. But now, healthcare providers are starting to turn to GIS too, in efforts to better identify health risk based on location; as a recent article on the subject points out, there is a strong relationship between people's health and the particular communities they live in.

Consensus Definitions of Sepsis and Septic Shock: Agree to Disagree! Defining Sepsis and Septic shock has been a hot topic since 1991, when the first definitions and clinical criteria for these conditions were published. After Emmanuel Rivers published “Early Goal-Directed Therapy in the Treatment of Severe Sepsis and Septic Shock” in 2001, the Surviving Sepsis campaign kicked off, significantly increasing awareness of Sepsis.

"It's Beginning to Look a Lot Like Sepsis" is Festive AND Educational! [Video] It's almost Christmas, and we at Pulsara hope you're having a wonderful holiday season! To get all of you healthcare professionals in the spirit, we thought we would share another fabulous parody video by ZDoggMD. A few months ago, we posted another video by the physician, and talked a bit about his mission and his new vision for healthcare. If you missed it, check out that post here.

In ZDoggMD's latest video, "It's Beginning to Look a Lot Like Sepsis," he croons that "It's beginning to look just like malpractice, when you miss the signs..." We care about you and your patients, and don't want you to miss the signs. So enjoy ZDoggMD's fun, holiday-spirited Sepsis video and then review those symptoms below!

EDITOR'S NOTE: Special thanks to our guest blogger, Bob Sullivan. Bob Sullivan, MS, NRP, is a paramedic instructor at Delaware Technical Community College. He has been in EMS since 1999, and has worked as a paramedic in private, fire-based, volunteer, and municipal EMS services, and is an ally to Pulsara.

Sepsis is the third leading cause of death in the United States [1], and survival depends on early recognition and treatment. Here are 10 things you need to know about sepsis to save lives:

1. Sepsis is an overreaction to infection that can progress to shock.

Sepsis is a body-wide inflammatory response to infection that injures tissues and organs. Harm from this immune response is often worse than damage from the actual infection. Sepsis can be triggered by relatively minor infections, and can continue after the invading microbes are neutralized.