How Mobile Technology Is Decentralizing Healthcare 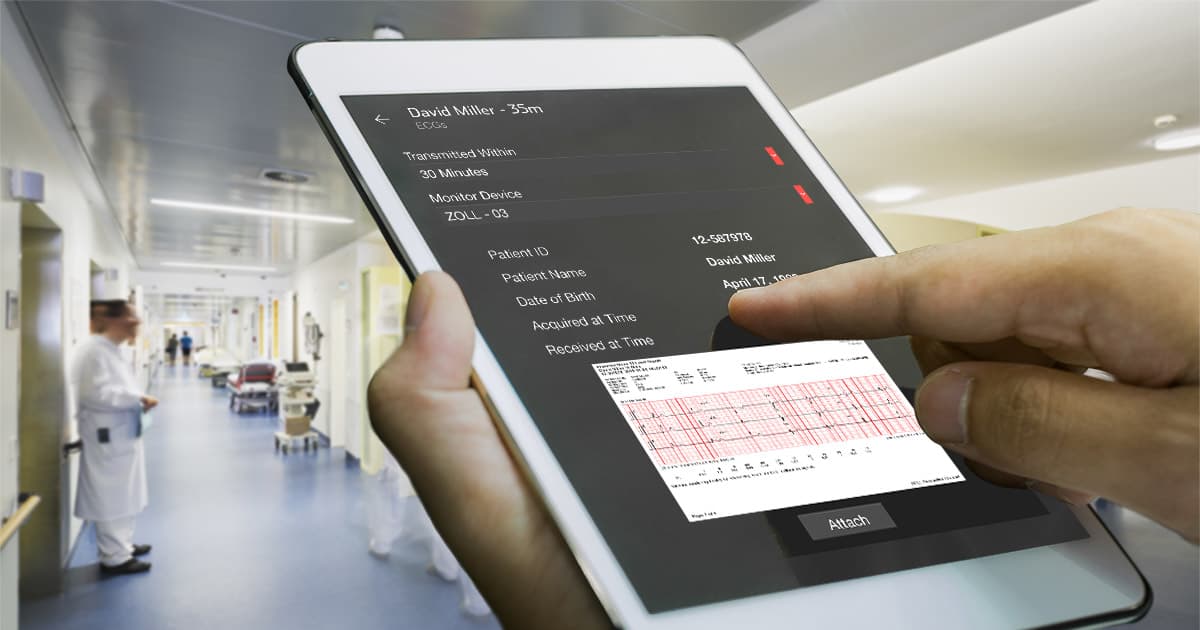 In the early 2000s, if you had told someone you could Facetime someone across the world, they would have asked what "Facetime" is. Fast forward to early 2015’s declaration by TechCrunch contributor Tom Goodwin: “Uber, the world’s largest taxi company, owns no vehicles. Facebook, the world’s most popular media owner, creates no content. Alibaba, the most valuable retailer, has no inventory. And Airbnb, the world’s largest accommodation provider, owns no real estate.”

Software is allowing for the decentralization of goods and services and has created an environment that can connect the masses. "Decentralization" refers to the transfer of control and decision-making from one centralized entity to a distributed network. It means your network has become more connected, enabling faster response times.

The same decentralization is happening with healthcare.

Traditionally, healthcare communication is siloed into communication tools that are singular in direction and offer communication within organizations or facility-to-facility. Playing a game of telephone when you were younger was fun to see how distorted the word would turn out when it got to the other end. When time and accuracy are of the essence, would you rely on this same method for your preferred tool of communication? 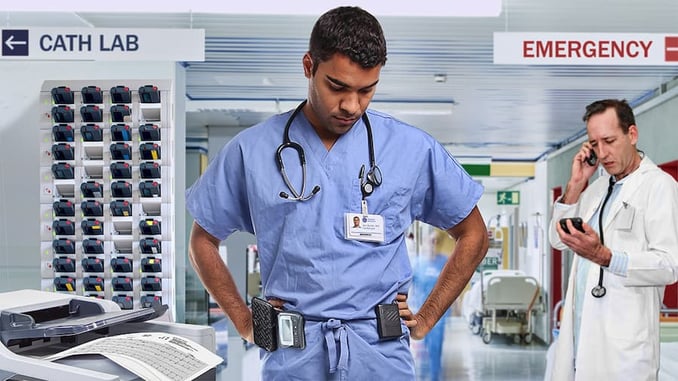 Envision a first responder agency verbally hands off a patient to an EMS unit that then radios into the hospital. Within the hospital, teams are communicating via multiple phone calls, radio reports, faxes, and pagers. Every one of those communication points is an opportunity for someone on the team to misunderstand the correct message. With the number of times the message gets handed down, it would be safe to say that the outcome could be unpredictable, which is the definition of chaos.

Chaos isn’t scalable, and it’s not reliable. According to the Joint Commission, around 80% of serious medical errors are the result of miscommunication between caregivers.

Miscommunication in healthcare is a deadly problem that can't be solved by just connecting one part of the care team. Being on a distributed network helps facilitate and streamline care coordination across inter-organizational care teams.

When applied to health systems, streamlining care coordination has been shown to lead to:

Simply put, seconds matter when it comes to connecting healthcare teams, and the beneficiary is the patient, which should always be the number one goal.

This is exactly what Pulsara is doing. The Pulsara platform is a HIPAA-compliant, secure, easy-to-use app that unites the entire care team—even if they are in different departments or organizations (rural or urban)! 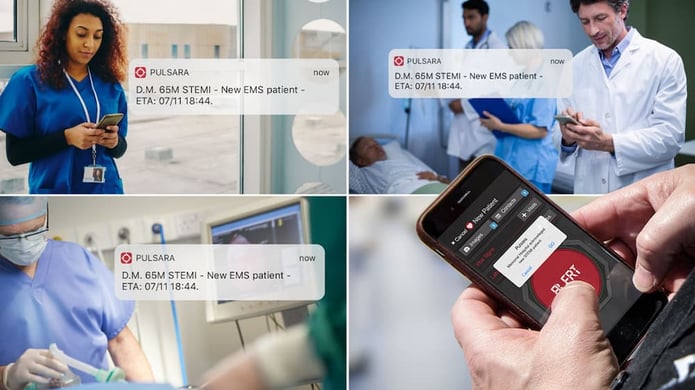 No other solution enables geographically dispersed care teams to assemble and interact in real-time across the care continuum through a single, centralized, and time-stamped source of truth for each case.

Pulsara is leading the way in healthcare decentralization by allowing for a single patient channel to be communicated across a distributed network of healthcare professionals. By replacing multiple phone calls, radio reports, faxes, and pagers with one unified patient channel, you can reduce treatment times, reduce costs, and improve the lives of both patients and caregivers.

Leading clinical leaders in Australia have successfully used mobile technology to streamline communication between their care teams and reduce treatment times. Join us for an upcoming webinar with a panel of distinguished New South Wales clinicians on how mobile communications are transforming patient care. 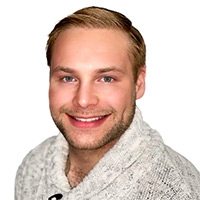