STROKE: 10 Things You Need to Know to Save Lives

EMS plays a critical role in identifying, treating, and directing stroke patients into a system of care. Time is brain for stroke patients, and as the first on-scene, your response time is critical to quickly identifying stroke symptoms, alerting the right care teams, and getting the patient the care they need. Every minute you can shave off their treatment time saves tissue and makes a big difference to the patient's quality of life.

With those things in mind, here are 10 things you need to know about stroke:

1. The difference between ischemic and hemorrhagic strokes: a pipe is either clogged or burst.

There are two types of strokes: ischemic and hemorrhagic. With ischemic strokes, a clot forms in a cerebral artery that interrupts blood supply to a section of the brain, causing tissue death and inflammation. Treatment is aimed at removing the clot and restoring blood flow.

With hemorrhagic strokes, a cerebral blood vessel ruptures and causes bleeding in the brain. In addition to tissue death in the affected area, increasing pressure in the cranium harms other areas of the brain. Only 15 percent of strokes are hemorrhagic, but they account for 40 percent of stroke fatalities. Treatment is aimed at repairing the damaged blood vessel and removing accumulated blood.

2. Stroke scales rule in the possibility of a stroke, but do not rule it out.

Strokes often present with motor deficits on one side of the body – the one opposite of the side of the brain affected. Many scales are used to detect the presence of stroke, but two common prehospital scales are: the Cincinnati Prehospital Stroke Scale and the Los Angeles Motor Score.

The Los Angeles Motor Score includes a checklist of other possible causes of conditions to rule out, such as a history of seizures or hypoglycemia, and assesses equal grip strength.

However, negative assessment findings in these scales do not rule out a stroke. Ischemic strokes affecting the cerebellum may cause a sudden loss of balance or vertigo. Hemorrhagic strokes may cause a severe headache, unequal pupils, confusion, seizures, or vomiting. Consider a stroke while assessing patients with these signs and symptoms.

Note that while two scores are listed here, there are multiple scores available and they are specific to your local protocols. Rapid Arterial oCclusion Evaluation (RACE) is another such scale, which can assist in determining large vessel occlusion in the field, an increasingly important identification.

3. Time is brain — and time determines the course of treatment.

The brain is extremely sensitive to hypoxia and increased intracranial pressure. Nearly 2 million neurons die each minute that blood is blocked to the brain, and the likelihood of permanent disability or death increases the longer it takes to restore blood flow.

EMS plays a critical role in the early identification of stroke patients, the onset of symptoms, transporting patients to the most appropriate facility, and streamlining their care once they arrive. Treatment in the hospital hinges on identifying the type of stroke, which is done by CT scan.

Most hospitals initiate a “stroke alert” to assemble specialty resources and reserve the CT scanner before the patient arrives. In ideal stroke systems, EMS transports the patient directly to the CT scanner and transfers patient care there.

4. Get creative to establish "time zero."

Treatment options depend on the time the patient was last seen at their baseline, which may be different from the time stroke symptoms were first noticed. Stroke teams depend on accurate information obtained by EMS from the scene, which can be challenging when patients have baseline deficits or the onset of symptoms was not witnessed.

Ask and report objective findings, such as, “the patient normally has left arm weakness, but now he cannot speak.” Get creative to determine when the patient was last seen acting normal. Use television shows, scores of sporting events, or cell phone logs as a reference. The patient's entire hospital course may depend on the EMS investigation.

In addition, it is extremely important to determine whether the patient is on anticoagulants, as well as gather family and witness contact information to share with the hospital.

5. Be aware of mini-strokes and mimics.

A transient ischemic attack (TIA) occurs when stroke symptoms spontaneously resolve. TIA patients are at high risk for stroke and require hospital evaluation, but may not need a stroke team response.

Other conditions that mimic strokes include Bell’s palsy, behavioral disorders, and seizure. Inquire about these conditions and report them to the receiving facility, but err on the side of treating the patient as if they are having a stroke.

6. Be mindful of the patient's breathing.

Stroke patients may lose their ability to swallow, which poses a risk of aspiration and hypoxia. Assemble suction and use suction as needed. Only administer enough oxygen to achieve a pulse-ox reading of around 95% (though it is recommended to follow local protocol). Hyperoxia causes vasoconstriction and worsens damage from the stroke [2].

8. Start a large-bore IV, but go easy on the fluids.

An IV, preferably 18 gauge, can be used in the hospital to inject contrast dye during a CT scan and to administer thrombolytics, reducing time to diagnosis and reperfusion. Don't delay transport to obtain an IV.

Three primary treatment options are available for strokes. IV thrombolytic medications are an option for ischemic strokes to dissolve the clot. These carry a risk of causing intracranial bleeding, and must be given within 4.5 hours of symptom onset. They also have several contraindications, including use of blood-thinners or history of GI bleeding.

Endovascular procedures similar to cardiac catheterization may be an option to treat both types of strokes. A catheter, fed into an artery, can remove a clot or repair ruptured blood vessels, and may be done on patients who are not candidates for thrombolytics. Neurosurgery may be needed for hemorrhagic strokes, or for bleeding after thrombolytics are given.

All of these procedures carry risks, which for some patients outweigh the potential benefits. Depending on risk factors and the severity of the stroke, supportive care and rehabilitation may be the chosen course of treatment.

10. Know your stroke centers and which treatments are available, where.

Advanced stroke treatments and rehabilitation are not available at every hospital. All facilities should be capable of administering thrombolytics; primary stroke centers will also have an on-site neurologist, dedicated stroke teams, and demonstrated protocol compliance.

Patients transported to certified stroke centers have been shown to receive treatment faster and have better outcomes [2]. EMS providers must know which level of care is offered by the hospitals in their area, and which is the best option for patients.

EDITOR'S NOTE: This article was originally published on EMS1 in March 2015, as content sponsored by Pulsara through EMS1 BrandFocus. It has been revised, updated, and expanded for current accuracy and comprehensiveness. 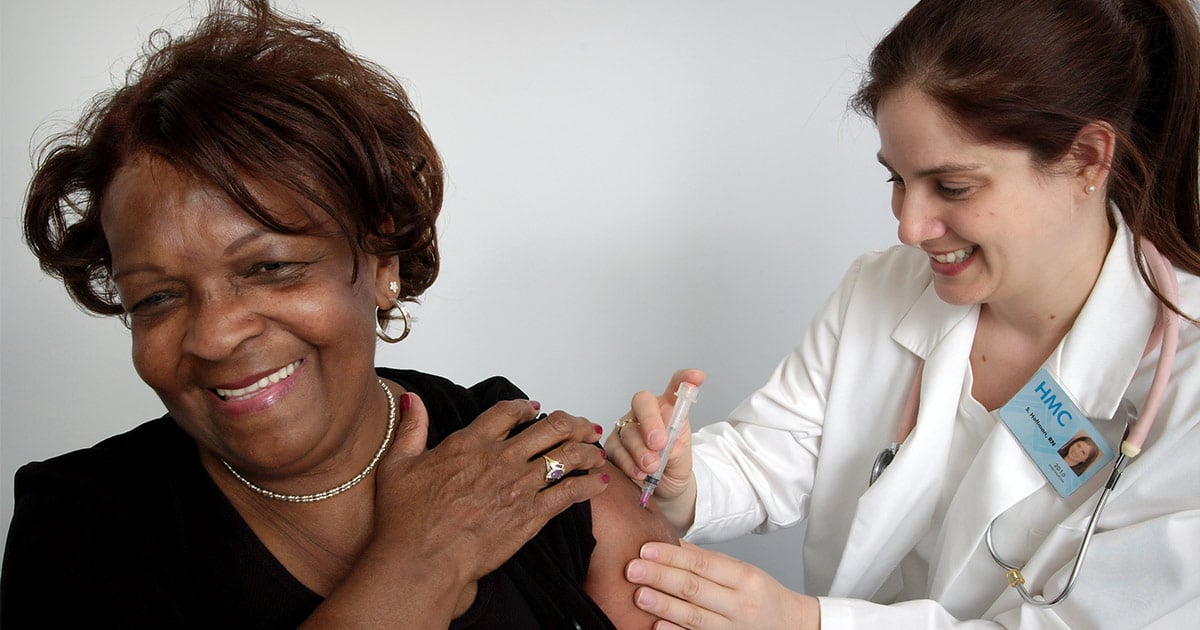 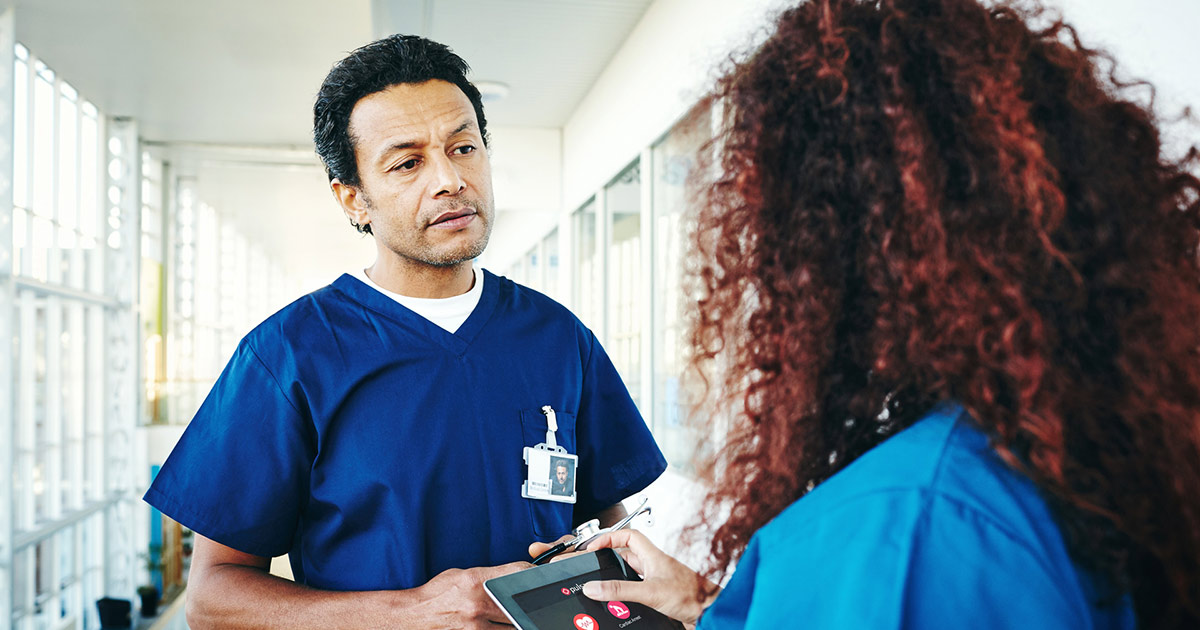