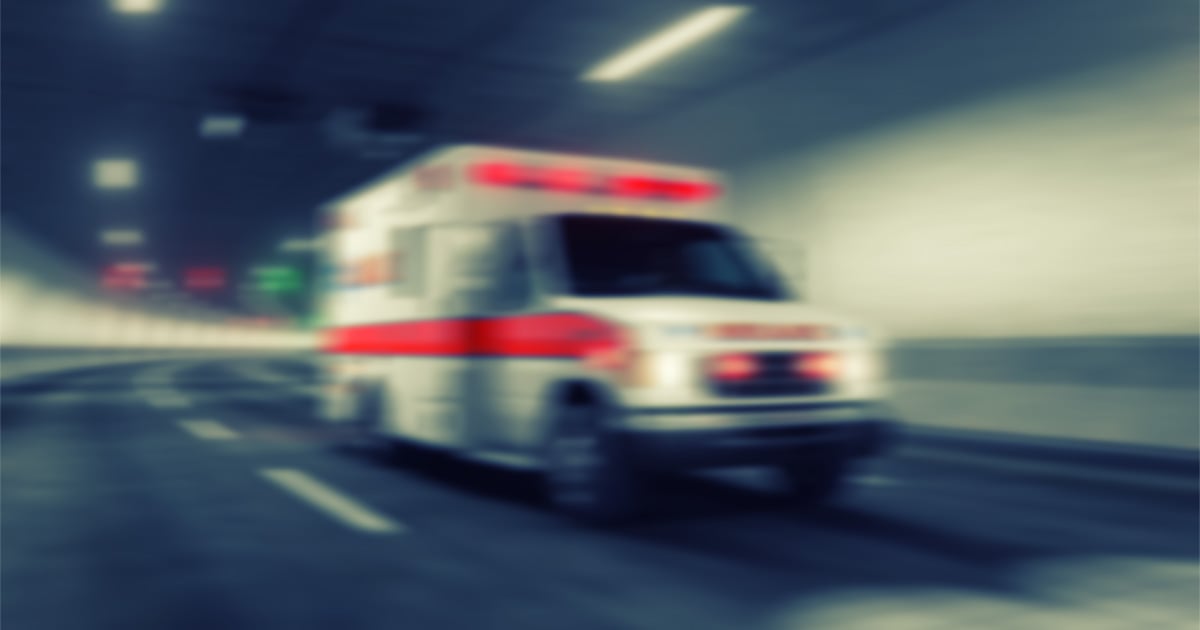 Editor's Note: On August 1st, 2022, EMS1, Fitch & Associates, and the National EMS Management Association released their fifth annual EMS Trend Report, proudly sponsored by Pulsara. Because the articles and advice found within contain such critical subject matter, we've elected to publish each segment one at a time here on our blog. Read, enjoy, share, and take to heart the following information brought to you by the most prestigious thought leaders in EMS. Today's entry is written by Jay Fitch, PhD, founding partner at Fitch & Associates.

Will EMS Matter in The Future of Healthcare?

History teaches that if a profession doesn’t innovate, it loses relevancy.

In the 1950s and ’60s, railroads were the primary way people, goods, and services moved throughout America. Resistance to change and outdated work rules (e.g., requiring multiple conductors, even on freight trains without passengers) led to alternative transportation approaches and the expansion of air travel and freight. What outdated paradigms are limiting the future of EMS?

Many systems are stuck in the outdated mindset that all 911 calls deserve a lights and siren (L&S) response, despite clear evidence to the contrary. Over a dozen studies show that the average time saved with L&S response or transport ranges from 42 seconds to 3.8 minutes, while increasing the chance of an EMS vehicle crash by 50% and almost tripling the chance of crash during patient transport.

To better address attitudes on this point, a clarifying question was added for 2022. Interestingly, 77% of respondents indicated that the use of lights and sirens increases risk. Earlier this year, 13 leading associations issued a joint statement on safely decreasing the use of L&S when appropriate. Read the report here. This should be required reading for those who don’t think anything needs to change. 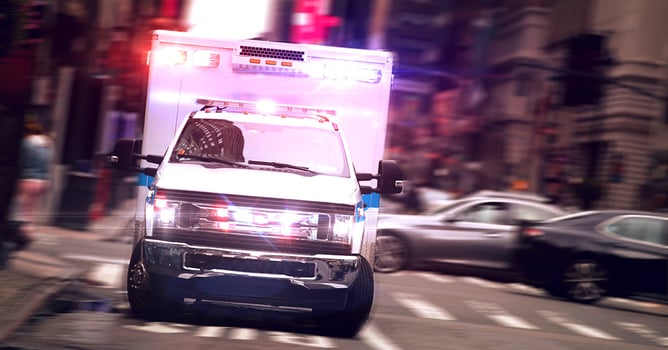 A CONSISTENT APPROACH TO INCREASE FUNDING

Originally, EMS was to be organized as larger systems serving an entire region. Local politics and communities’ strong desire to directly control the initial federal funding available derailed many of the planned regional systems. The resulting patchwork quilt of agencies, associations, and agendas has deviled our profession’s development for decades. Reimbursement is a clear example. EMS agencies consistently struggle to make ends meet. Federal studies first published in the late 1980s confirmed that EMS cost exceeds reimbursement. Over the years, this has resulted in excessive cost shifting, and yet, leading national associations have been using the same lobbying strategies and expecting a different result. EMS needs to develop a consistent collaborative approach to enhanced funding.

In fragmented agencies that only pay lip service to innovation, the incentives get put in the wrong place. Not making waves is prioritized over continuous innovation and improvement.

Multiple survey responses support that EMS resists innovation. For example, the failure to adopt telemedicine has remained consistent (65-71% of respondents for the past two years). Approximately three-quarters of respondents have failed to adopt arranging alternate transportation over the past two years. A steady 66% of respondents have failed to adopt ambulance transport of 911 patients to alternative destinations (i.e., urgent care, mental health, detox from alcohol or opioids, etc.).

Despite responders’ input about body-worn cameras being a mechanism to improve safety and reduce violence against caregivers, adoption has increased slightly, but 90% of respondents indicate their service does not equip providers with body-worn cameras.

So how does EMS inspire future trends toward relevancy? The answer is leadership. When asked, “Is poor leadership an issue impacting retention?,” nearly two-thirds (64%) of respondents indicated it is a "major," "significant," or "somewhat of" an issue. 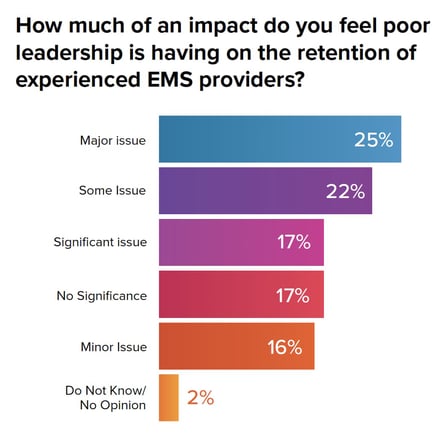 When asked what characteristics respondents valued most in leaders, the most frequent responses were honesty/integrity, transparency, and communication ability. Leaders need to build on these core leadership qualities to enhance success.

This year’s survey also asked: “What innovative ideas do you have to improve recruitment and retention?” Responses included:

It is incumbent on every EMS leader (and follower) to make the paradigm shift and think about the long game. EMS must understand that innovation is key to our future in healthcare. If we focus only on the short term, EMS will wind up a “no matter” profession, and continue to be relegated to a trade and referred to as “ambulance drivers.”

My advice for making sure EMS matters in the future is to consistently do the right thing on multiple levels, measure the results, and share them in a variety of venues, including governing boards, community forums, and social media.

Jay Fitch, PhD, is a founding partner at Fitch & Associates, which has provided leadership development and consulting for emergency services for more than three decades. A caregiver, director, consultant, and author, his body of work in public safety spans nearly 50 years.

The EMS Trend Survey identifies where growth is needed to impact the sustainability and future of the industry. Hear from a group of EMS veterans and up-and-coming leaders as they identify areas where change is needed and offer action items for EMS supervisors, managers, and chiefs. 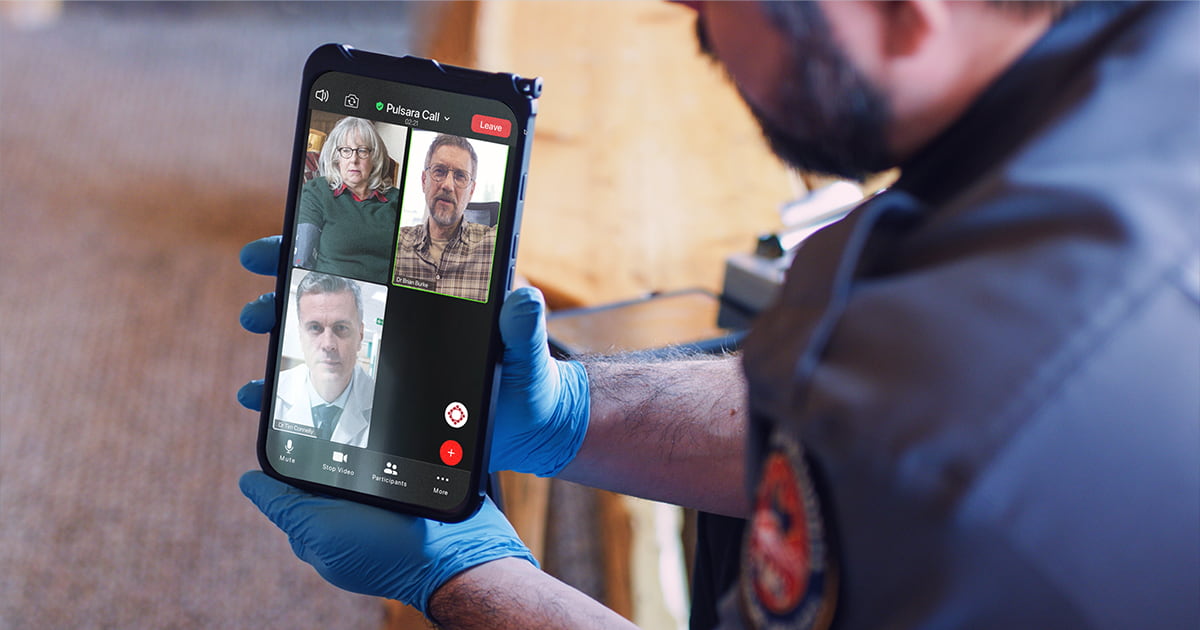 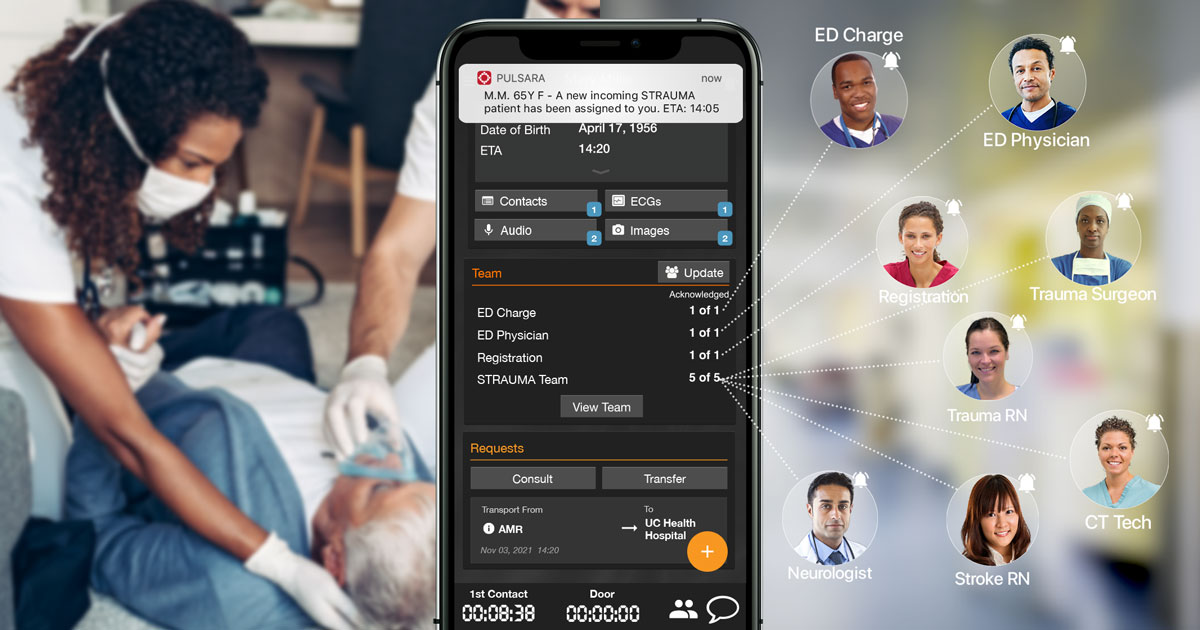 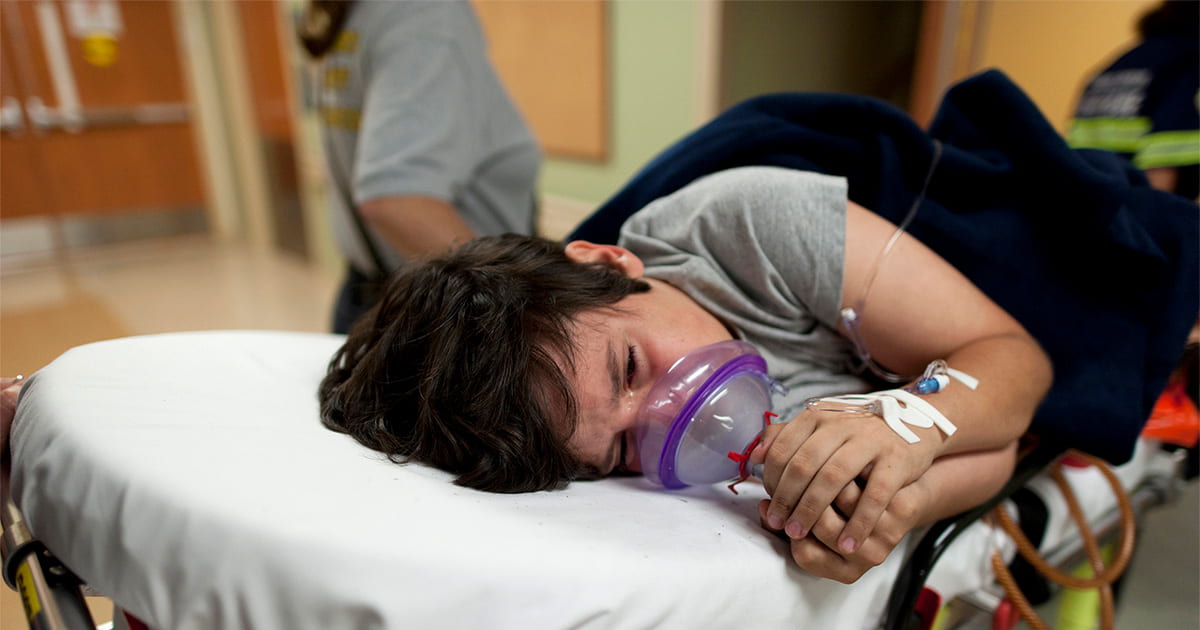