What if we Measured Treatment Delays in Number of Brain Cells Lost? Thoughts from a Stroke Coordinator [Podcast]

What if instead of recording treatment delays in minutes, your stroke coordinator recorded them in number of brain cells lost? 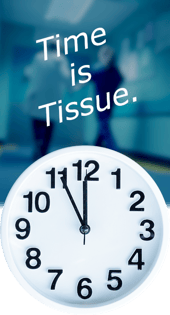 Would your team still say "Oh well, it's only five minutes, that's not too bad" if the metric referred to were "Only 10 million brain cells?"

In this week's podcast episode, Shane talks to Alyana Samai, Stroke Program Coordinator at West Jefferson Medical Center who believes that too often we lose sight of why we have treatment time goals in the first place. Re-framing this concept helps bring back in to focus the fact that we aren't just working to reduce some arbitrary time goal, we are working to reduce the damage done to a human being while they're suffering from a stroke.

These are real patients with real lives, who are affected by our performance in these critical moments. It's About People. It's About Time.

Listen to the full podcast below, AND be sure to subscribe on iTunes or Google Play!