A Holiday Reminder to My Fellow Public Servants 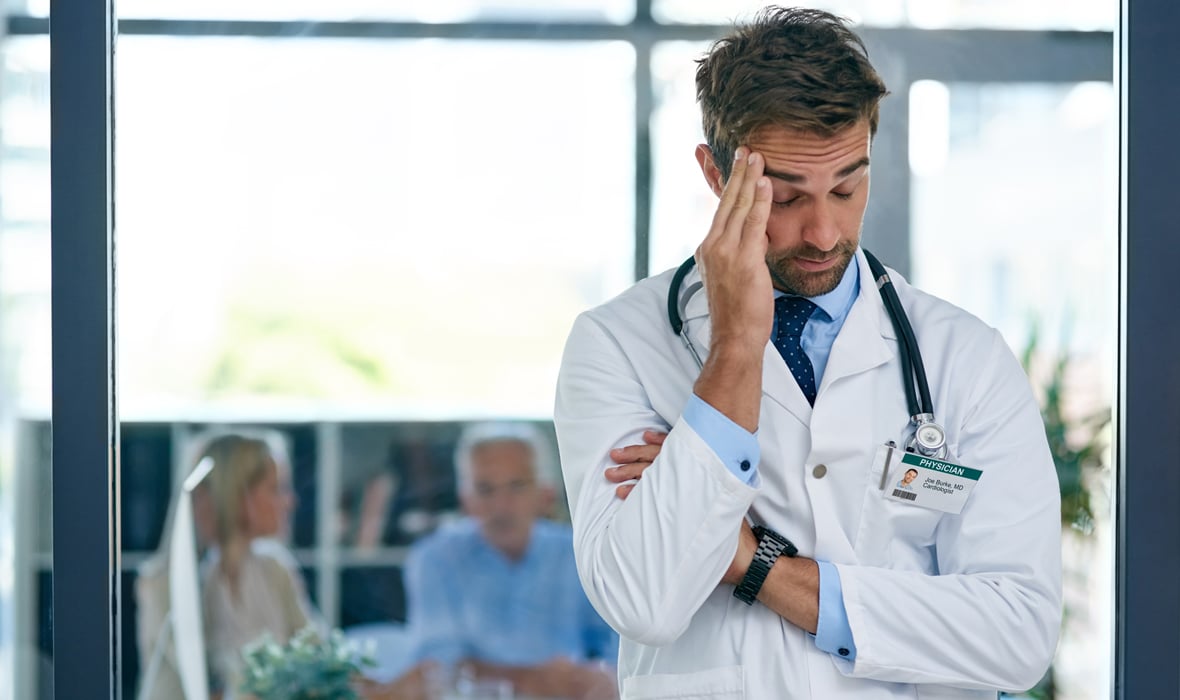 If you work in public safety and/or healthcare, Thanksgiving through the New Year can be … tough. It often feels like the world is celebrating vacations, friends, family and love while we are covering shifts, working short-staffed, and taking care of domestic disputes, assaults, child and elder abuse, self-destructive behavior, enhanced psychological effects and all around “difficult” patients -- all with fewer resources than normal.
I am very thankful for mentors like Dr. Steve Colucciello who have helped me focus on the WHY throughout my career. Working with people is a messy business - but worth it.  No individual can or should face it alone.  We, too, can find joy in the season by acknowledging the reality we feel, working together, and staying in touch with why we choose to do what we do.
Below is a post Dr. Colucciello shared with me, which I'd like to share with all of my fellow clinicians. I want to say thank you to all public servants who choose to serve people during this holiday season and to leaders like Dr. Colucciello who help keep us grounded and focused on the WHY.  It’s about PEOPLE.
--
"Pieta" by Dr. Steve Colucciello
December 1986, my first job after residency. The medical community in Southeast Florida was overwhelmed by an
explosive and frightening AIDS epidemic. The first antiviral drug active against HIV, known as AZT would not be
released until the following year. In the 1980s, AIDS was a swift killer. The average time from diagnosis to death
was 8-10 months.
Before antiretrovirals, those with advanced AIDS presented with wasting, PCP pneumonia (now known as
Pneumocystis jirovecii) and in some, the disfiguring purple tumors of Kaposi’s sarcoma.
That evening, I was in the middle of a busy shift when I first saw him; a young man with lumpy violaceous growths
across his face. He was painfully thin, and his face was sharp with sunken eyes and temporal wasting. He was
small and almost lost in the in the large chair. His vital signs were unstable, but he had refused an IV or a
resuscitation room. “I want a closed door” he told the nurse.
In those early days of my career, I was quick and blunt.
“What do you need?” I said.
“I have AIDS. I am near the end and I don’t want to die alone,” he whispered.
“You are not even in a gown,” I observed. “Everyone has to be in a gown.”
“I don’t want to be in a gown.”
“Well how can I examine you like this? Draw blood, take x-rays?”
“I don’t want any of that. I just can’t be alone tonight.”
I started to get angry. “This is an emergency department. If you don’t want tests or treatment, why don’t you go
and be with your friends? Your family?”

He just looked at the floor. Years later I reflected that it was ironic (and more than a little sad) that someone who
did not want to die alone, came to a busy urban ED and got me.
I felt slightly remorseful. After all, I would soon be going home for Christmas and he was sitting alone staring at the
floor and slowly dying. In those days, people with AIDS were often shunned by friends and family. During the
mid-1980’s, the public (and even some doctors) worried HIV could be transmitted by casual contact.
“OK” I said gruffly. You can stay for now, but you have to be in a gown. Every patient in my ED has to be in a
gown.” (Thirty-two years ago, I imagined I could impose order on chaos by my “rules”- hence, the gown.)
Things got busy and for the next several hours, I forgot about the young man. Near the end of my shift, I went back
to his room. We needed to make some decisions, either he gets admitted or goes home. In those insensitive days, I
did not always knock before entering a room. When I opened the door, I saw a scene that still remains clear; as if
only days have passed, rather than decades.
A large, roughly-dressed older man sat cradling the young man lying across his lap. My insistent gown had become 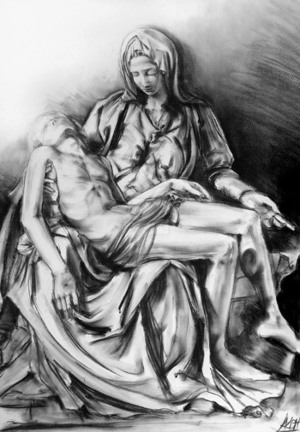 the younger man’s shroud. The scene mirrored Michelangelo’s Pieta, with the older man looking tenderly at the motionless younger man in his arms. I looked more closely and saw the violet flame of his sarcoma was extinguished in death, while those same stigmata now sparkled with his father’s tears.
I quietly closed the door and left. I never spoke to the father, ashamed I had not shown more compassion to his son. I turned over my patients to the oncoming physician and went home.
Thirty years later, growing greyer (and thankfully kinder), I still think of that tableau. Emergency medicine grinds down even the most optimistic of us. Between the assaults, shootings, child abuse, self-destructive behavior and
other daily cruelties, we struggle to remain hopeful. But sometimes, in a quiet room, we see examples of loss and love that restore us. Then we go home and hug our loved ones just a little bit tighter, for just a little bit longer.
Stephen Colucciello MD
December, 2018 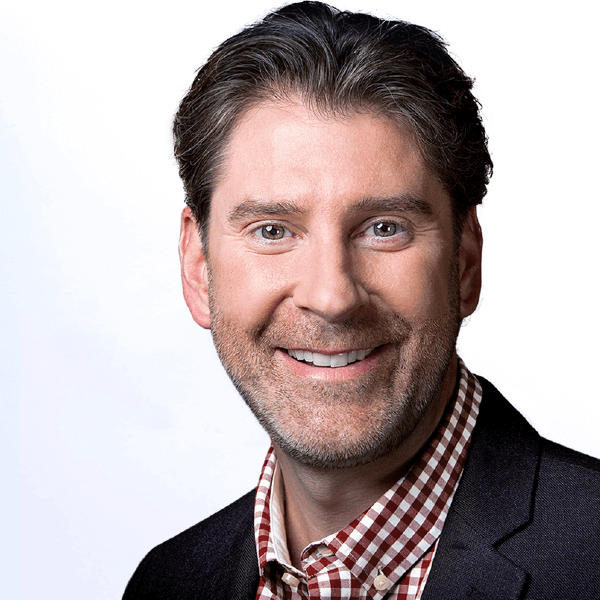 James is a board-certified Emergency Physician, and is the Founder and CEO of Pulsara. 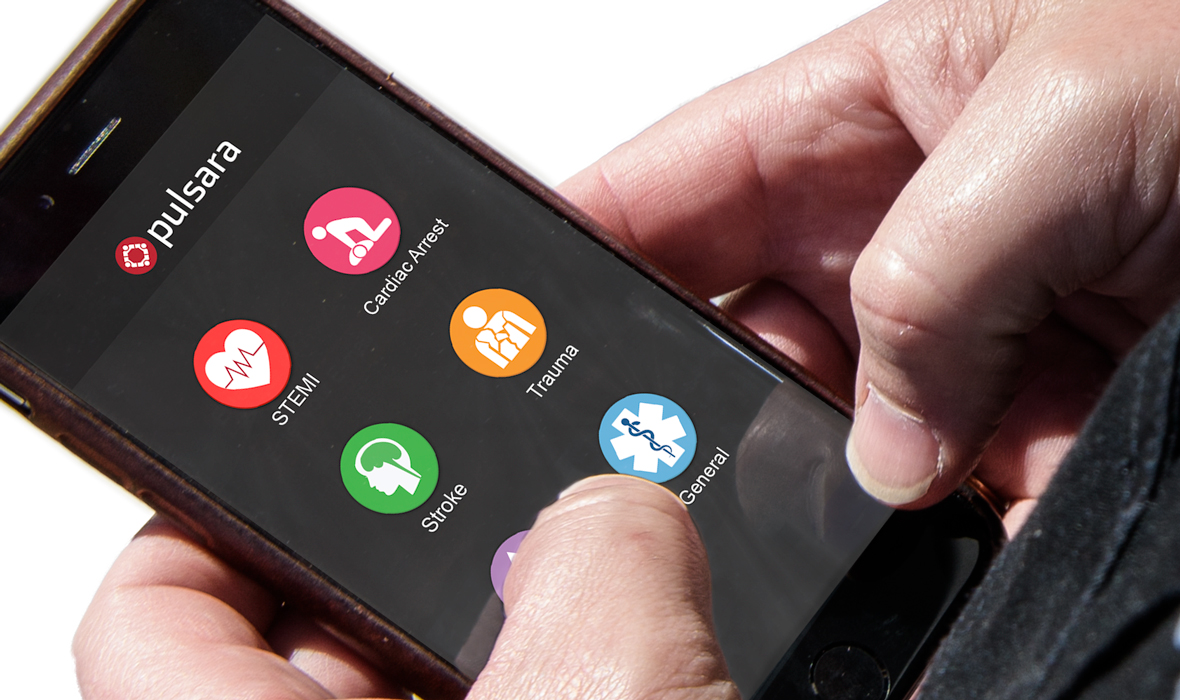 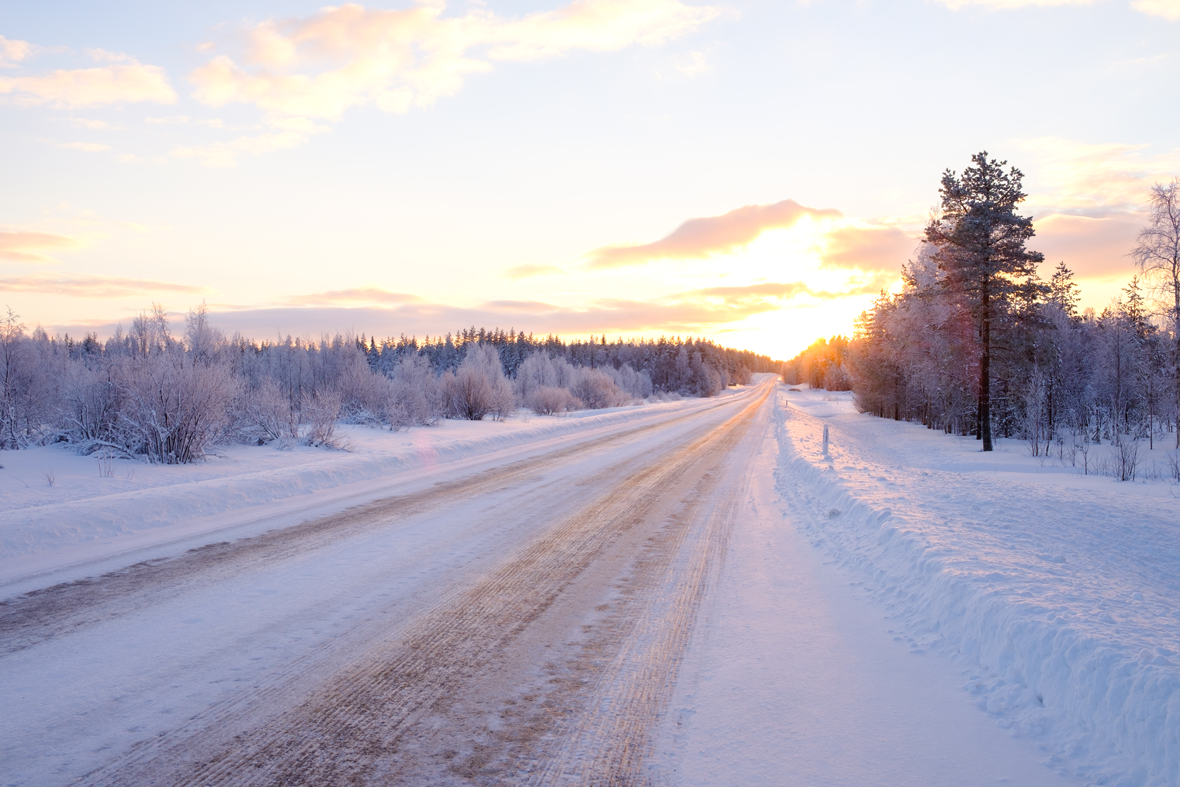 Pulsara Around the Country - January