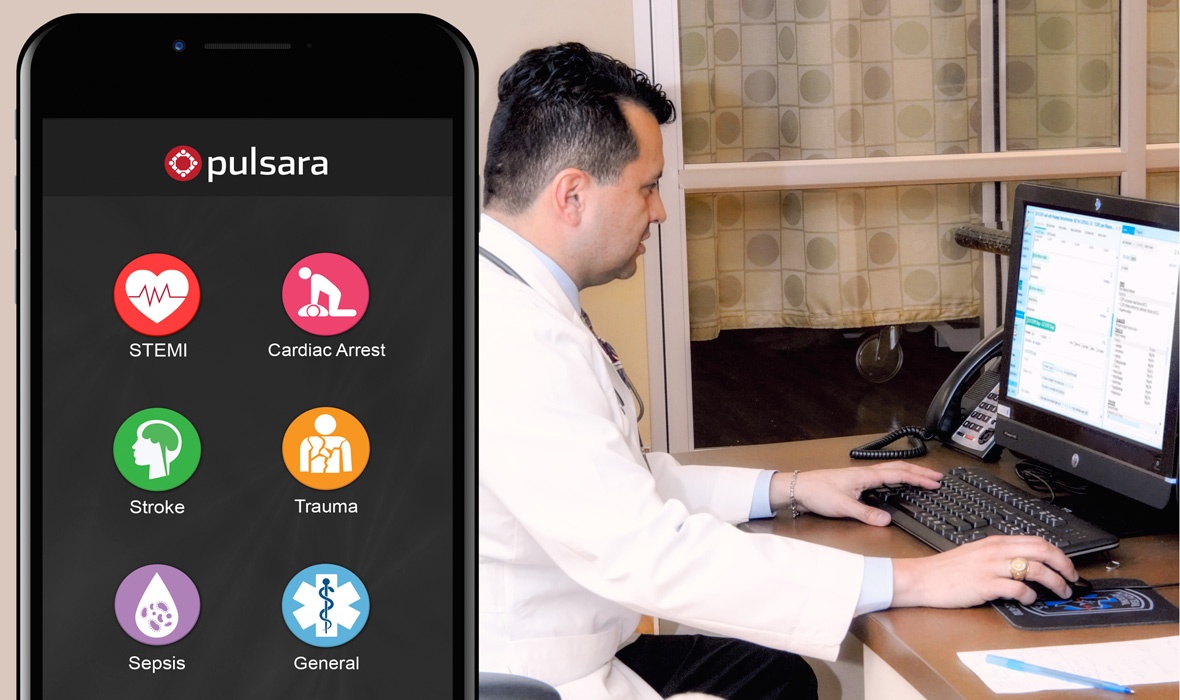 BOZEMAN, MT -- October 16, 2018 -- Pulsara is proud to announce that its care communication platform now integrates into all major EHRs including Epic, Cerner, and Allscripts. The foundation of Pulsara is built on an open API infrastructure with integration in mind. This integration allows clinicians to move all patient event data gathered through Pulsara directly to the EHR as a consolidated PDF which includes embedded images such as ECG, patient driver's license, scene photos, etc.

“While at its core Pulsara is a communication tool, we believe in the value of making our data available downstream and are excited to see this addition to our platform.” explained Tim Hakamaki, Vice President of Product. “Linking data gathered by Pulsara during an event supports Meaningful Use (MU), assists organizations with reporting requirements, and improves the downstream quality, safety, and regional care coordination efforts.”

Pulsara is a mobile healthcare communication platform that allows all caregivers involved in the patient journey to communicate with each other. This transparent, regional approach to improving time to treatment during a critical event brings together prehospital, intrafacility and interfacility teams on one dedicated patient channel. Simply build a patient channel, create teams and communicate.

With the ability to integrate with all major EHR systems, the information entered by caregivers can now seamlessly be included in the patient medical record. This integration is based on the most modern technology standards including FHIR, HL7, CCD, X12.

"At Pulsara, our vision of integrations extends beyond that of the ePCR and EHR to other devices, peripherals and systems where communicating critical information in real time is critically important,” said James Woodson, Pulsara CEO and Founder. “Healthcare is overwhelmed with manual data entry. If data is readily available, we want to be able to seamlessly deliver it to the patient’s entire care team.”

Almost all major initiatives in healthcare require us to be working together but our healthcare system is as fragmented as ever. Patient outcomes and value based healthcare is determined more by what we do together rather than what we do for our patients in our silos. The future of healthcare communications is connected teams. And now this communication can be included as part of the medical record.